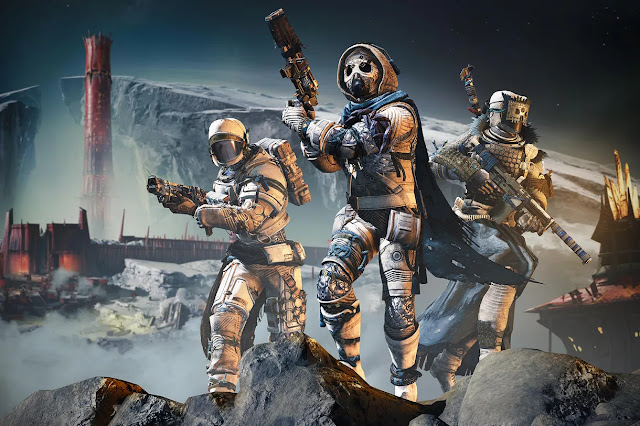 Destiny 2 will be coming to the PlayStation 5 and Xbox Series X, developer Bungie announced on Thursday. Exactly when those next-gen versions will be released, or if they will have any changes from the PlayStation 4 and Xbox One versions, is unclear at this time.

“More details to come,” Bungie said in a tweet this morning.

Hundreds of titles are already in development for Xbox Series X thanks to our amazing partner community. Stay tuned for more announcements throughout the summer and Xbox 20/20!

In theory, you would have been able to play Destiny 2 on the PS5 and Xbox Series X anyway, thanks to backwards compatibility. Sony says the PS5 will support an “overwhelming majority” of the more than 4,000 PS4 games and Xbox Series X will play existing Xbox One games. That means the PS4 and Xbox One versions of Destiny 2 will probably work on the next-gen consoles. But it’s nice to see that Bungie has committed to releasing versions of Destiny 2 optimized for the improved hardware on the upcoming machines.

But there are quite a few questions about how this is all going to work. Destiny 2 made the shift to a free-to-play model last fall and introduced a Fortnite-style seasonal battle pass earlier this year, changes introduced after parting ways with previous publishing partner Activision in January 2019. Bungie also introduced cross-save last August, letting you move accounts between PS4, Xbox, and PC, and it seems likely you’ll be able to move your account to the next-generation versions of Destiny 2 as well.

However, it’s not clear if players on next-gen consoles will be able to play with or against players on the current generation, as that could be a concern if the new consoles add features like field-of-view sliders or drastic bumps in frame rate that could give you a competitive advantage. It’s also not clear if Bungie will let you transfer purchases.

Currently, despite cross-save allowing you to move your account across platforms, you still must buy individual licenses for in-game content if you want to access that content on another platform. That means you can play certain free-to-play elements of Destiny 2 on, say, PS4 while having only purchased the latest expansions on PC. But the expansion remains locked to where you buy it, requiring you buy it twice to access it elsewhere.

That said, this sounds like it could get very messy when next-gen consoles are thrown into the mix. That is, unless Bungie devises a way for you to transfer your purchases or blows up its entire seasonal model come this September, when the company plans to launch its official Year 3 expansion.

The Destiny news arrives after Microsoft revealed the first Xbox Series X gameplay footage today in a series of trailers for third-party games, including Assassin’s Creed Valhalla and Madden 21.