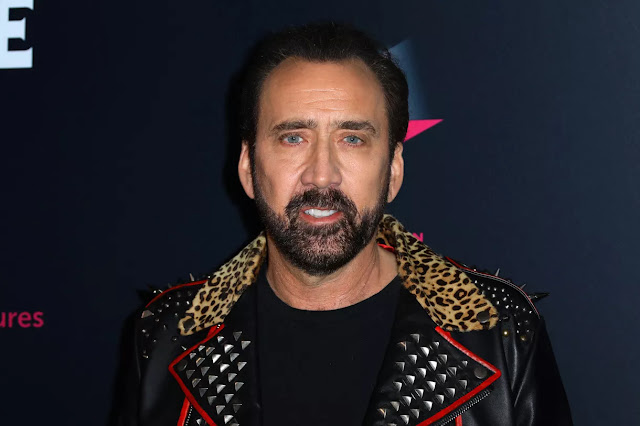 In a move that seems utterly obvious as soon as it was announced, Nicholas Cage will be playing the eccentric zookeeper Joe Exotic in a new TV series, via Variety. Look, this was bound to happen.
As soon as Netflix’s Tiger King true-crime documentary series exploded into popularity, Hollywood began turning the almost impossibly outlandish story of the bombastic Joe Exotic, Carole Baskin, and their tiger-fueled feuding into a scripted series.

And now Cage himself — Hollywood’s most over-the-top actor whose work has endlessly spanned the gray area between good, bad, and just plain weird — is set to take on the role of the eccentric Tiger King himself. The currently unnamed show will also mark Cage’s first TV role.

Like the Netflix series that put the spotlight on Joe Exotic, the Nicholas Cage-starring show is based on Leif Reigstad’s Texas Monthly article “Joe Exotic: A Dark Journey Into the World of a Man Gone Wild,” although the Cage series is set to be a traditional eight-episode scripted show, not a documentary.

The series is being produced by Imagine Television Studios and CBS Television Studios, with Dan Lagana set to serve as the writer and showrunner, along with serving as an executive producer alongside Paul Young (Lagana and Young optioned the rights to the original article in June 2019). There’s no word yet as to what network or streaming service the show will debut on.

The new series is by no means the only one looking to cash in on the Tiger King fever: there’s a Tiger King show set to star Kate McKinnon as Carole Baskin that’s been in production for months (long before Netflix’s own series was released), based on the Wondery podcast Joe Exotic. There’s a Ryan Murphy and Rob Lowe take on the story that’s in the early stages of production. And ID is working on a true-crime follow-up called Investigating The Strange World Of Joe Exotic that promises to dive deeper into the case.