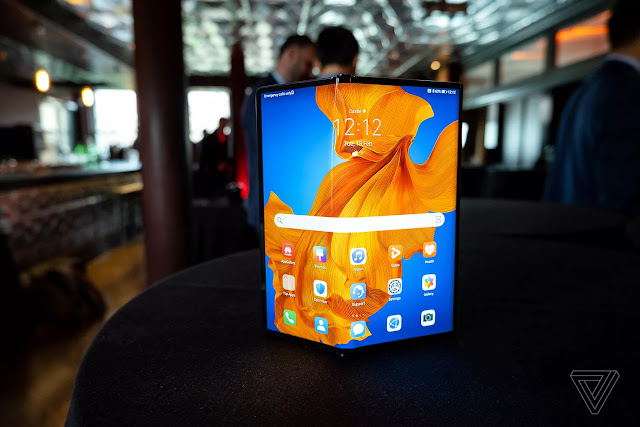 One year after it announced its debut Mate X foldable, Huawei is back with a successor, the Mate XS. Although, externally, the device looks very similar to the original, Huawei says it’s got a more durable display and features a redesigned hinge. It also features a faster processor, the Kirin 990. Unfortunately, due to Huawei’s continued presence on the US’s entity list, the device won’t release with any Google apps or services, meaning it won’t come with access to the Google Play Store. It will be releasing in “global markets” outside China next month for €2,499.

This time around, Huawei says it’s using a “quad-layer” construction for the screen on the Mate XS, which it says should make it more robust. Up top are two layers of polyamide film, which were stuck together using a clear adhesive. Below that is the flexible OLED display. Then there’s a softer polymer layer that acts as a cushion and a final layer to connect it to the main body of the device. However, this is still an all-plastic construction; there’s no glass involved here like what we’ve seen with Samsung’s Galaxy Z Flip.
Huawei also claims it’s improved the design of the hinge, saying it should feel much smoother and more durable compared to the original Mate X. Unfortunately, I never got a chance to fold the original device to do a direct comparison, but the Mate XS model I was able to play with at the company’s London briefing felt sturdy enough in the limited time I got to spend with it.

These two improvements may sound iterative, but they address key concerns that have been raised about early and relatively unproven foldable devices. As well as the high-profile issues Samsung’s first Galaxy Fold faced last year, one reviewer found their Motorola Razr was experiencing difficulties after a week of use. And YouTube channel JerryRigEverything criticized how easy it was to scratch the screen on a Galaxy Z Flip, despite the use of glass in its construction.

Outside of the foldable-specific elements of the device, there are some minor performance upgrades that feel fitting given the device’s “S” suffix. Its processor has been bumped up from a Kirin 980 to a Kirin 990, meaning it now has an integrated 5G modem rather than a separate component. Huawei also says it’s redesigned the phone’s cooling system to allow it to bridge the folding portion of the device. 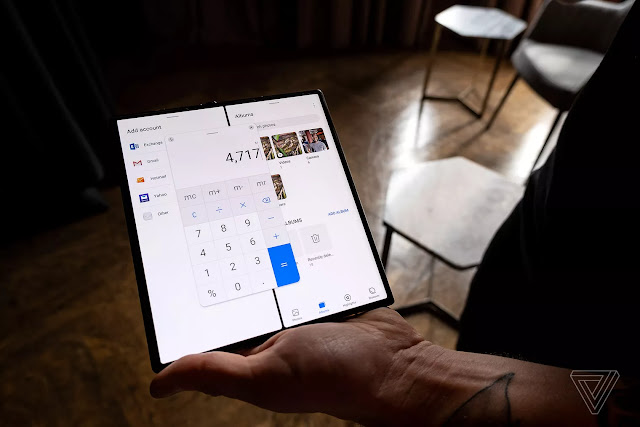 On the software side, Huawei says the Mate XS can show up to three apps simultaneously, with one on the left side of the display, one on the right, and a third in a floating window. You can also open up two instances of the same app simultaneously. For example, you might want to keep a list of hotels open at the same time as viewing individual listings. Huawei confirmed that the device is running on the latest version of the open-source version of Android, with Huawei Mobile Services instead of Google’s services.
Otherwise, the device has similar specs to the original Mate X. 5G isn’t new, the device has a 4,500mAh battery like its predecessor, and the camera hardware still consists of a main 40-megapixel f/1.8 camera, an 8-megapixel f/2.4 telephoto camera, a 16-megapixel f/2.2 ultrawide camera, and a 3D depth-sensing camera. The screen specifications and overall form factor are also unchanged. The 8-inch screen still folds around the outside of the device, and the main display still measures 6.6 inches when folded.
Unlike the original Mate X, which only released in China, Huawei says the new Mate XS will be releasing in “global markets.” The €2,499 model comes with 8GB of RAM and 512GB of onboard storage.
Photos courtesy of The Verge