Skip to the content
We are already into the second month of the year and now it is time to have a look at the madness that will be launched our way in the next 11 months.
2020 is going to be a stellar year for tech, gaming and film and TV. However it’s not going to be so great for our wallets with new design iPhones, next generation games consoles, folding smartphones  and more hitting the stores.
We like a good preview and how better to start off the first preview on the site then a preview of 2020?
Lets dive in.

Let’s start with the obvious, Samsung are announcing their new flagship, the Galaxy S20 or S11 or S20 Ultra, I don’t even know anymore. Anyway the phone has been leaked to high heaven and not much is left to know about it other than an official launch date and price. We are also expecting a foldable flip phone to compete with Motorola’s Razr revival. I’m keeping my fingers crossed for some new Galaxy Buds.

With CES out of the way, it’s time for the event world to focus on smartphones and other related tech. Mobile World Congress in Barcelona opens its doors again on the 24th February and we are expecting a lot of folding phones to be on show. Folding phones and high refresh rate displays seem to be the 2020 feature tick boxes so we will see how well the big brands can do, it will be especially interesting if the prices of the folding phones will start to decrease as more and more brands make their versions. 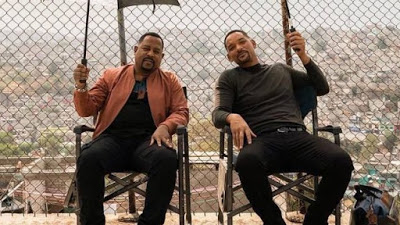 Will Smith and Martin Lawrence are back for the long awaited but fairly low key Badboys 3: Badboys For Life. All seems the usual faire with explosions, humour, action etc.
The more weird and just unfathomable as to why it was ever made is Robert Downey Juniors Dolittle which seems to be doing very little with audiences based on the reviews.
On the small screen front we have the final season of Better Call Saul coming to Netflix on February 24th. 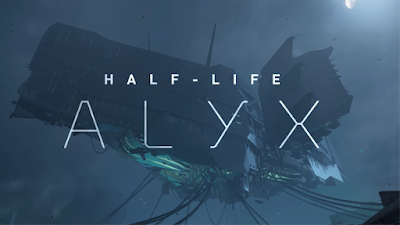 March was supposed to be a crazy month for games but due to delays, the month of madness is now April. However we still have some big hitters here, Nioh 2 on March 13th, Animal Crossing Switch and Doom Eternal on March 20th, Persona 5 Royale March 31st and I believe Valves long awaited follow up to Half Life 2 (not half life 3) is due to be released in March but as of yet, no concrete date. Half Life: Alyx is a VR game and a spin off rather than a direct sequel but it looks fantastic nonetheless.
Another month with 2 notable releases. The sequel to the outstanding A Quiet Place comes out on March 20th unsurprisingly called: A Quiet place 2. Later in the month, Disney’s Live Action machine keeps rolling on with the release of Mulan.
On TV we welcome back Westworld with its third season and more confusing twists and turns and threads to unravel. I’ll be hitting the subreddit for that one. 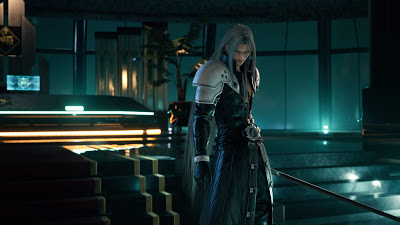 There are some heavyweights releasing in April all within weeks of each other. Let’s start with my personal biggie, Final Fantasy 7 remake coming on the 10th April. I have been waiting for this game since 2005 when they showed off that tech demo for the PS3. To see it finally here is nothing short of a feeling of euphoria and I cannot wait til I finally get my hands on it. We also have Resident Evil 3 Remake coming on April 3rd and if the last 2 remakes are to go by, this one will be a banger. Finally, another behemoth of a game, Cyberpunk 2077 has thankfully been delayed to September giving us all enough time to plough through the early part of the year. 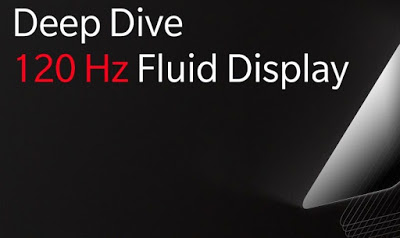 It’s around this time we start to see physical evidence of the new iPhone. Usually case moulds and 3D renders along with a multitude of sources claiming they have seen more than the other. We may also see some sign of Oneplus new phone, already having clarified its the best display ever with a 120hz refresh rate, there’s going to be a lot of eyes on Oneplus this year. We may even see that TV they have been teasing since last year.

Bit of a quieter month thankfully, gives us time to get through the game releases from April but oh look what’s being released on May 29th? It’s only the Last of Us Part 2. A sequel to one of the best games of the last decade finally sees the light of day.  We finally catch up with Ellie and Joel and see what they have been up to since the first game. There will most likely be scares, tears, bit of pooping and more tears. Not necessarily in that order

Oh if you want movies there’s a NINTH Fast and Furious film. NINTH. Also, a tie in game will release alongside it. Ridiculous behaviour.

Despite Sony ghosting E3 for a second year in a row, June is the month of E3 and the gaming media and fans of the world will descend upon vegas on June 9th to see all the goodies on show. Most notable will be Microsoft’s new generation consoles and any new games for said consoles. Nintendo are also rumoured to be releasing a pro version of the Switch and this may be announced in their Nintendo Directs. We will also most likely have a plethora of new IP and other games being announced for the Xbox Series X and Playstation 5. We’ll take a deeper dive into E3 as it happens but make no mistake, even without Sony, this year will be a memorable one. 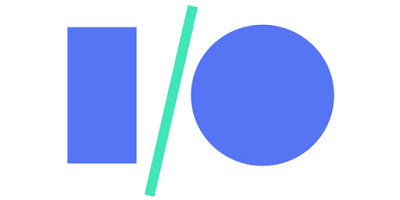 Google usually host their I/O developers conference where the next version of Android is usually revealed. Occasionally they do show some hardware as well but this will mostly be software centric experience. The next Android version will most likely incorporate a lot of foldable and dual screen devices and it will be interesting how they are going to make this a seamless experience with Android considering the various forks available and the rife fragmentation within the ecosystem.

In the film world, Wonder Woman 1984 releases on June 5th of you still care about that. The DC Cinematic universe is pretty much dead and any interest in Wonder Woman 1984 will most likely not take that expanded universe into account. We also have the return of Top Gun with Tom Cruise taking up the wings once again. Great for nostalgia, not so great for Hollywood originality. 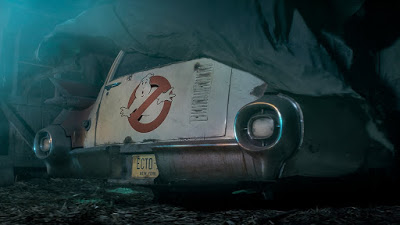 Summers here, its getting hot and thus we see the blockbuster season start full swing. We start with the continuation of the video game theme with the hilarious Ryan Reynolds Free Guy on 3rd July and a week later the ORIGINAL Ghostbusters return with Ghostbusters: Afterlife on July 10th. I actually thought the reboot movie was pretty good and didn’t mind the all female ghostbusters but I guess a lot of people didn’t agree. We are supposed to be getting the original cast back for this so one to look out for.

On the same day we get the fifth Purge film, wow a fifth one already? They really are churning them out. Next we get The Bobs Burgers movie from the hit animated show and Christoper Nolans (probably) mind melting Tenet  on July 17th. Finally to round off July we have the money maker himself, Dwayne Johnson in The Jungle Cruise. 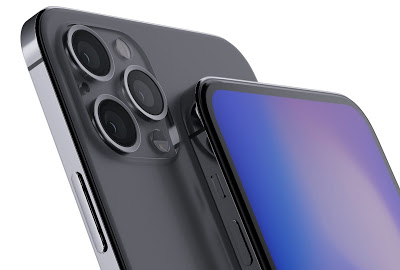 A big month for Apple will see them host their usual Keynote to launch the next set of iOS devices. We are expecting the iPhone 12 or 20 or whatever the hell they will call it. There are also some iPhone SE successors rumoured to be coming as well as the usual non-iPhone related product, AR headset, a TV, a Car? Who knows but as this year should see the iPhone get a redesign, there will be a lot more focus on Apples antics this time around.

First announced in 2012, CD Projekt Red finally grace us with Cyberpunk 2077. Initially coming out in April, the game was delayed to add a bit more polish which makes the anticipation and hype for this even bigger. We are also  getting to a period where game release dates aren’t set in stone so they might or might not be releasing here. The big hitters are Dying Light 2, Ghost of Tsushima and Marvels Avengers. Ghost of Tsushima in particular looks outstanding and will most likely also be coming to the Playstation 5 which may affect its release date as with many other games.
The notable films from August and September are the return of yet another franchise, Bill and Ted with Bill & Ted face the music and the sequel to surprisingly great Hitmans Bodyguard with the Hitmans Wifes Bodyguard. Ryan Reynolds, Samuel L and Salma Hayak? Should be funnier and better than the first but i doubt it. 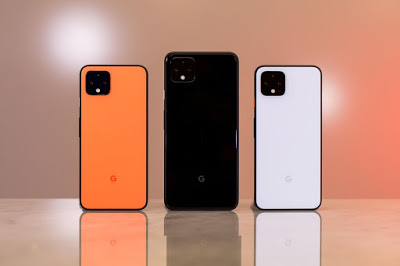 Following last months Apple keynote, we should also see Google host their keynote to showcase their new Pixel phones and hardware. These will most likely be leaked to all hell months before this event so although we probably won’t be surprised, hopefully Google will learn from the disaster that was Pixel 4 and leave us happy. Here’s hoping for some actual wireless pixel buds, a pixel smartwatch to finally compete with Apple watch and an even smoother, more fluid version of Android.

On the film front we have some decent winter warmers but as the games from summer, these dates are all subject to change. Venom 2 comes back in October and will hopefully tie into Spiderman in some way. The rights thing is all over the place so no idea how they will do it but I will be very surprised if Spiderman isn’t at least hinted in this.
The Marvel cinematic Universe is back in November with The Eternals. Have you seen Kumail Nunjiani? The guy got RIPPED for this. Before and afters are insane.
We round off November with the next Godzilla outing – Godzilla Vs Kong. This will be a fun watch but whether it makes the release date is another thing.
Finally rounding off the year and fingers crossed it happens as over the last few years pretty much every actor under the sun has been linked with this film is Dune. This is a long anticipated film for many and will hopefully be a masterpiece. It bloody should be with the time its taken and the amount of talent attached to it.

There are LOADS not mentioned in the above due to dates not being set but we’ll go through the list here. The biggest one being Sony and the PlayStation 5.
Sony have confirmed they wont be attending E3 which means the PS5 reveal could come at anytime, rumours are rife for February but Sony just may wait til June to overshadow E3 and Microsofts reveals. Only time will tell but expect a lot of news once we get closer and closer to the holiday release period.

There are a plethora of shows, movies and games I have missed that will probably release sometime this year as well as all the unknown surprises to come, my personal picks are below

Its going to be a crazy year, hold on to your butts!

One reply on “Technically Funny 2020 Preview”

Yo this year is crazy